Top reasons to invest in transport in Liberia

Despite challenges in the logistics sector, opportunities in Africa are promising.

The establishment of the Economic Community of West African States has led government to take new approaches to policy.

Liberia is improving the landscape to encourage further investment into new and existing logistics services.

Liberia is strategically located on the west coast of Africa and provides access to major international markets.

Key improvements include the seaports, including the port of Monrovia which is to become a major transport hub and  development of  current rail and road infrastructure.

65% of the working population in Liberia is under 25, providing a youthful and eager workforce.

Skill development programs are ensuring skills availability in a wide range of sectors.

Salary costs are cost-effective compared to other locations.

Liberia has been a politically stable country for over two decades and ranks highly in the Global Peace Index.

Why Invest in ICT in Liberia? 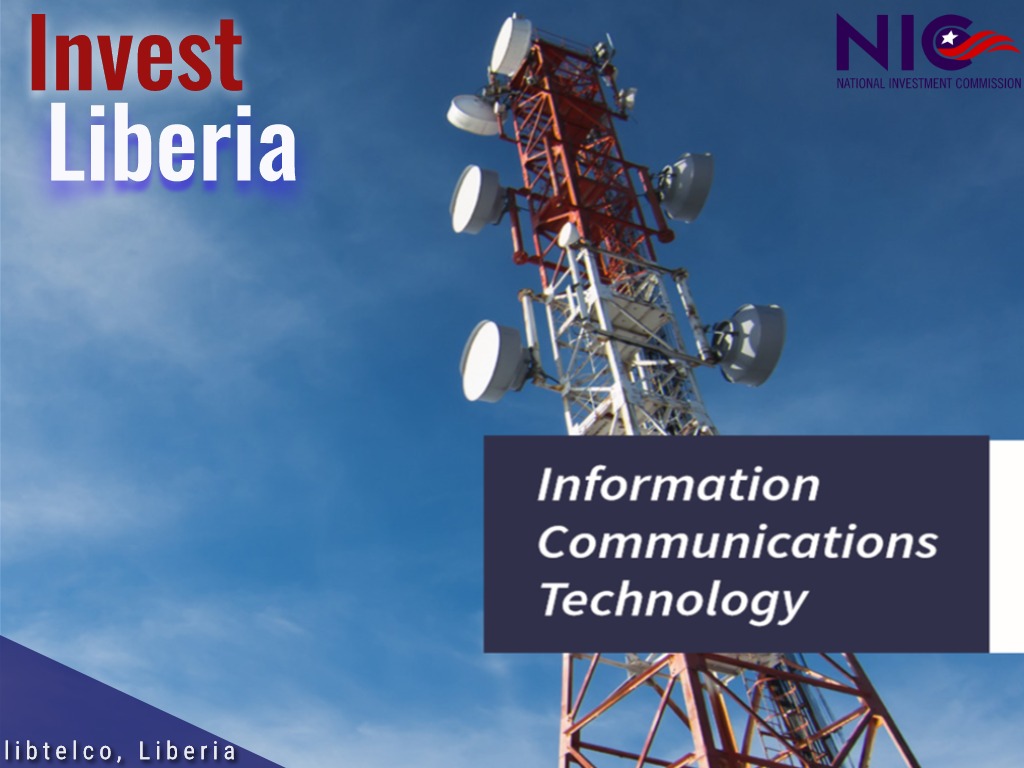 Liberia’s Information and Communication Technology Sector offer extensive opportunities for investment in both the public and private sectors, especially in the areas of finance and banking, health and education, agriculture, transport, and security, and is considered the bedrock for national growth and economic progression.

With the availability of a comprehensive National ICT policy that seeks to accelerate economic development and global competitiveness, the Government of Liberia has prioritized the integration of telecommunications and ICT services into overall developmental objectives, priorities, and programs to the extent that it can improve the wellbeing of its citizens. This makes the sector one of the priority areas for investment.

Why Invest in Ports in Liberia?

The National Port Authority manages Liberia’s four (4) seaports. Similar to the airports, all seaports will be rehabilitated and modernized.

The Freeport of Monrovia, the largest port in the system, is planned for dredging, expansion, and enlargement of its container terminal park to serve as transshipment hub to neighboring countries.

The Port of Buchanan located in Grand Bassa County is Liberia’s second largest seaport. Its commercial engagement is largely related to iron ore shipment and, to a lesser extent, shipment of logs and rubber. The port is located within the economic corridor of the country and has the potential to expand as the Special Economic Zone is earmarked to be established within the vicinity of the port. The Port has dimensions of 334 meters long with a depth of 9.5 meters.

This port facility is located in the far eastern region of the country boarding the Cote d’Ivoire. It has in the past catered largely to the export of logs and crude palm oil. The fishery resources in the Harper area include a good species of shrimp that are in high demand in Europe and Japanese markets.

Located further east of the Port of Buchanan, Grenville is almost exclusively a terminal for shipping logs. It has the potential for handling oil palm products given its location within the vicinity of major oil palm concessions.

Government is intensifying a plan to establish an inland terminal for all types of cargo in the commercial hub of Ganta, Nimba County to and from which shipping lines could issue bills of lading for clearing cargos. The facility is meant to achieve the following objectives:

The Republic of Guinea is investing in the mining of its huge reserves of minerals (iron ore, bauxite, phosphate, etc.). The Conakry port is a long distance (approximately 1,500 km) from the region where most of these minerals will be mined. Meanwhile, there exists a rail linking Yekepa to the Port of Buchanan covering 350 km. It makes economic sense to have Guinea use the rail and the Port of Buchanan to export its ore and other mineral products to international markets.

In October 2019, the Governments of Liberia and Guinea signed an Agreement under which the two countries will cooperate so that Guinean mining products will be transported through Liberia, using either the existing rail or a new infrastructure constructed in the Yekepa – Buchanan corridor.

When realized, the project will contribute to the socio-economic development of both countries, as well as to sub-regional integration of the economies of Guinea and Liberia. Investment opportunities exist in the rehabilitation of the rail and development of related infrastructure in the corridor. The would-be establishment of a Special Economic Zone (SEZ) in Buchanan presents opportunities for these envisaged investments.

Why Invest in Logistics and Transportation in Liberia? 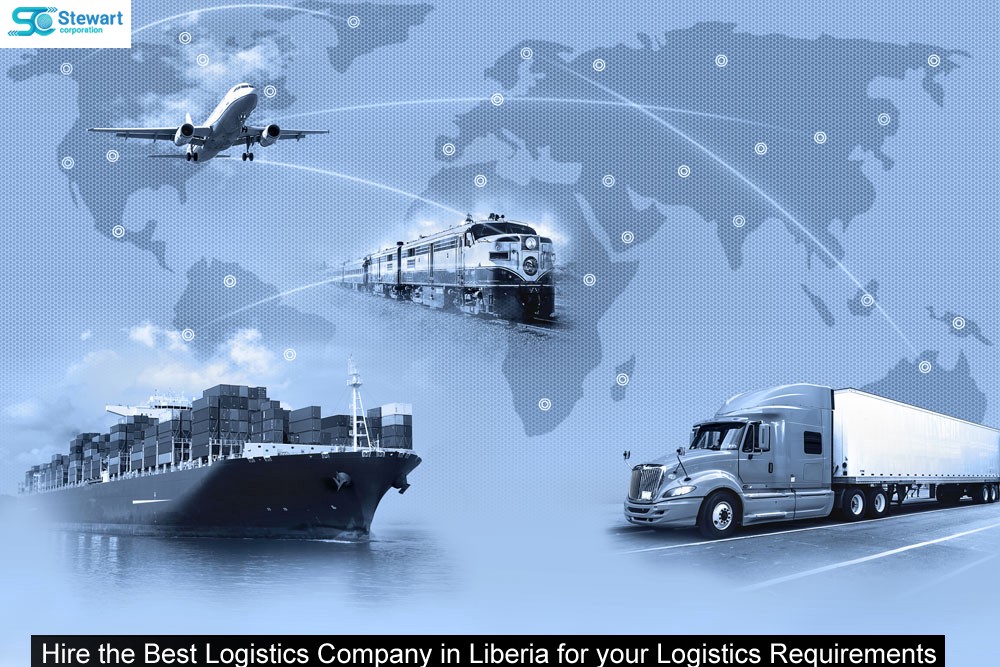 There is a huge potential for water transport in Liberia with the opportunity to transport passengers and cargo, especially agricultural products and other consumables.

The high demand for commercial trucking services creates a viable business potential in Liberia. The number of ships docking and disembarking from the Freeport is growing. About a year ago, vessels were unloading between 4500 to 5,000 containers monthly. With few trucking companies in Liberia, this is a very huge market that needs to be capitalized upon.

Before the rail is fully developed to transport these minerals to Ports in Liberia, there is an immediate opportunity for specialized trucks to be used to transport minerals from mining sites in Guinea to the Port of Buchanan.

The Government of Liberia plans to establish a Rail Authority to manage the expansion of existing rail infrastructure and develop new ones to enhance the movement of people and freight.

Why Invest in Roads in Liberia? 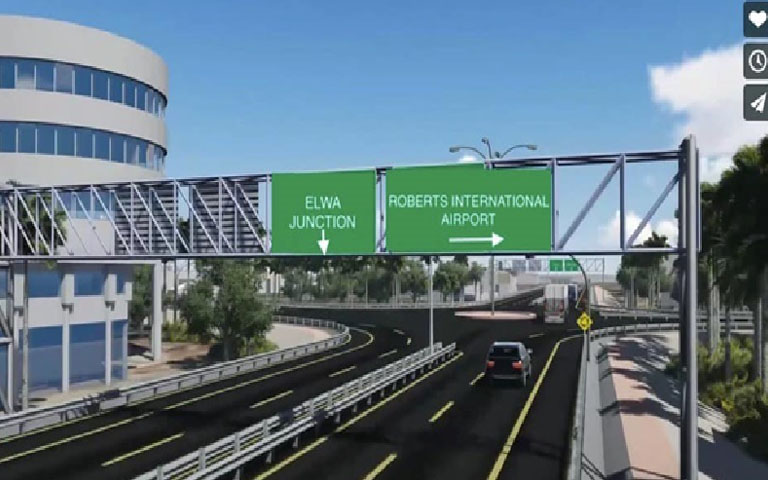 Liberia is committed to developing major road networks. By 2023, Liberia will have a more extensive national road network towards: reducing the cost of transportation; supporting businesses and job creation; accessing social services and transforming the living conditions of the population. As a supplementary benefit, traffic congestion and transit times around urban centers will ease.

Road investments will not be pursued in a silo but will be linked to important sectors such as agriculture. Along developed road corridors, the government intends to establish growth clusters—comprising SEZ and agriculture value chains in rice and cassava.

To deliver on its promises, the establishment of a Road Authority will be fully implemented. Materials testing facilities, zonal planning processes and databases, and a more effective road maintenance system will be established.

Dual currency system meaning the Liberian Dollar and the United States Dollar are used interchangeably with rates determined by the market. Average GDP growth of 4.89...

Liberia has a growing skilled workforce 2.81% growth in the working age population in 20191 Approximately 390,000 students in tertiary education in 20182 Employment in Industry (including manufacturing...

Incentives are designed and administered as part of government’s contributory efforts to support business establishments.  Investments ranging from US$500,000 to US$9.9m in prioritized sectors are eligibl...

The Liberian government intends to heavily invest in its infrastructure The abundance of rivers in Liberia make transport companies that Operate fleets of mixed trucks and heavy-duty equipment (eg...